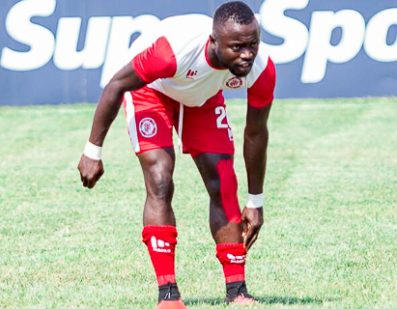 Soutra Tshimenga and Ronald Kampamba have been ruled out of Saturday’s Barclays Cup quarter-finals match against Kabwe Youth Academy. Sate is still recovering from injury while Tshimenga is not feeling feeling well.

Kalampa entertain Kabwe Youth Academy in an early kickoff game at Nkoloma Stadium on Saturday. The rest of the team is injury free and maintains focus.

Winner between the two will progress to semi-final of the competition.

Zanaco play Kabwe Warriors later at 15:15hrs and will be a game to watch. The super league leader just finished Mufulira Wanderers with a 4 to zero devastation. Sunday will be Green Buffaloes vs Power Dynamos. The army side will battle it as they are still nursing the wounds from the last week whipping at Arthur Davies in the week 25 of the Zambia super league.

Zesco United is committed to the CAF Champions league semi-final. Mamelodi Sundowns of South Africa will clash with Zesco at Levy Mwanawasa in Ndola. With such a busy schedule Konkola Blades will have to wait to meet Zesco in this year’s barclays cup.