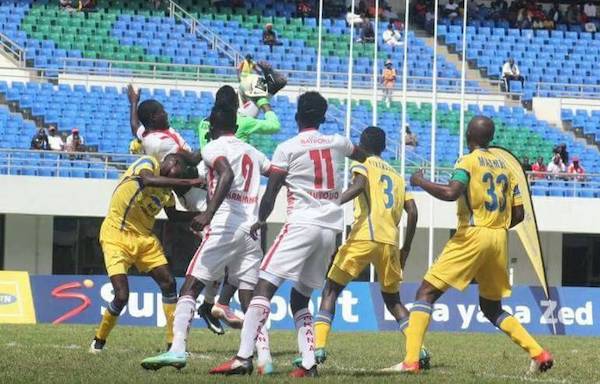 Unfulfilled Nkana welcome bruised Napsa Stars. The Pensioners travel to Copperbelt seeking to end four match winless streak when they clash against Nkana in Wusakile at Nkana Stadium as the FAZ League enters Week 22 this Saturday.

After enjoying a brief moment at the top of the MTN FAZ Super league a streak of 3 draws followed hindering progress. Then a loss at the hands of Power Dynamos solidly collapsed the pensioners to the second position.

Beston Chambeshi led side is unfulfilled so far trailing at the 7th position having DLWWL and are set to miss the 2017 Barclays  Cup. Still this weekend they meet the pensioners at Ichilata to fulfil the 22nd fixture for 2017.

In the first tie, Nkana beat Napsa 2-0 at Heroes National Stadium in which Austin Muwowo and Shadreck Musonda scored a goal apiece.

The Pensioners last recorded victory on July 15 when they beat Kabwe Warriors in Lusaka 1-0.

Kalampa should brace for a tough match against Napsa who have shocked them twice at Nkana Stadium when they beat them 1-0 and 2-0 in 2014 and 2015 respectively.

On Sunday, Power Dynamos edged Napsa 3-2 at Woodlands Stadium to send Coach Tenant Chilumba’s side into second position on the log.

On the other hand, Nkana are coming from a disappointing 1-1 home draw against Nchanga Rangers who have collected 4 points from the Wusakile outfit this season.

Meanwhile, the Bestone Chambeshi’s side has been bolstered after the acquisition of Ugandan midfielder Peter Katumba from Sodalin FC.

Midfielder John Sikaumbwe has been recalled from Konkola Blades where he was on loan.

Konkola Blades Vs City of Lusaka