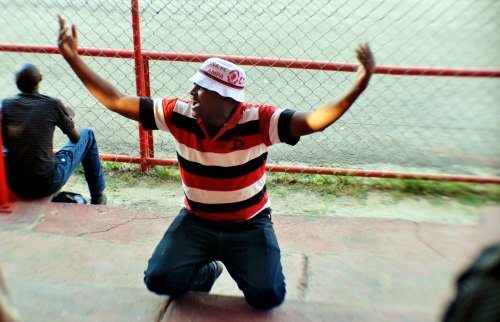 Bestone Chambeshi men Nkana humbled the Mighty Mufulira Wanderers 2-1 at Nkana Stadium in the “Mopani Derby” of the Zambia Super League on Sunday.

Nkana went up just after four minutes when winger Musonda converted from the penalty spot after keeper Chrispin Chisowa fouled Danny Silavwe in the box.

It wasn’t very long into second half when Ronald Sate Sate Kampamba set up substitute Simon Bwalya for Nkana’s second goal in the 51st.

Nkana were heading for a 2-0 win before striker Rahim Osumanu pulled one back for Mighty a minute away from the full time.

Nkana move to 28 points from 18 matches played and on 5th position while Wanderers remain on 18th position with 14 points.

Kalampa travel to Chililabombwe on Wednesday to face Konkola Blades in Week 19 fixture.

Meanwhile Zesco United proved their resourcefulness when they brought down Green Eagles by 3-2. By half time Zesco had gone ahead by the 3 line margin. John Ching’andu and Jesse were had setup their team to this level.

The second half was a struggle for the visitors when they hacked up two but it was too late for the 3 to make a draw.