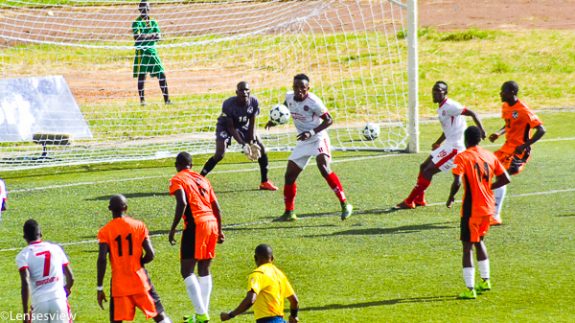 Nkana Football Club will make a short trip to Ndola on Saturday to face Forest Rangers at Levy Mwanawasa Stadium in the Week 15 match of the FAZ Super League.

Kalampa under Coach Bestone Chambeshi registered their first win last Saturday when they beat Buildcon 1-0 at Nkana Stadium in Wusakile. Thanks to the 69th minute goal from striker Ronald “Sate Sate” Kampamba.

Last season, Nkana beat the Ndola outfit in both home and away ties with score lines of 4-1 and 1-0 respectively. In the previous 10 meetings, Nkana have recorded 6 wins while Forest have won 2 with 2 draws between them.

Kalampa head into Saturday’s game without captain Donashano Malama, Moses Nyondo, Boston Muchindu and goalkeeper Kelvin Malunga who are with the National Team that will compete at the ongoing COSAFA Cup in South Africa.

Ahead of this match, coach Chambeshi has demanded consistency from his players.

“All what we need is consistency. If we can bring consistency in this team we can go far,” Chambeshi told journalists in Kitwe.

Head to head between Forest Rangers and Nkana since 2011.