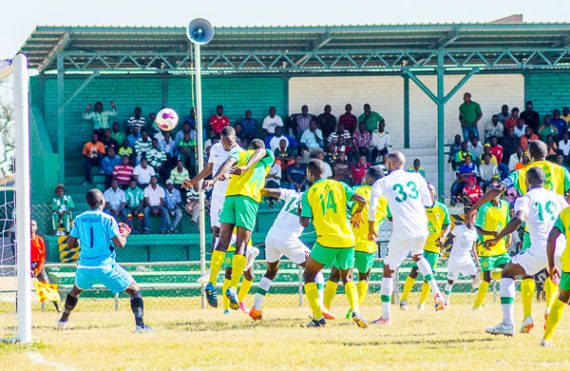 The Zambian super league enters week Week 20 with fewer big names concerning the mid season transfer window. Only a small number of transfers have been made so far while the deadline concludes this Sunday.

Just as every fan as noted Bornwell Mwape has since signed a two year contract with Nkana. Bornwell will bring the experience from the AmaZulu side in the First National Division of South African football.

Additionally Bornwell also featured for the Zambia national team during the COSAFA Cup 2013 and participated in the Zambia-Zimbabwe friendly immediately after.

Zesco United squad is back from Cote d’Ivoire and will play against Power Dynamos this Wednesday. This fixture is key for Power Dynamos.

A Nkana draw or loss at Musa Kachofa will level up Power Dynamos into second position if they win against Zesco United who will be thought to be fatigued.

Manfred Chabinga, Green Eagles head coach, is fixed to play against Mufulira Wanderers. After promotion into the super division, a year later Chabinga lost favour at Shinde and amid the fan’s pressure he was forced to resign.

Chabinga travelled down to Choma where soon he took up coaching at Green Eagles. For his second game after the mid-season break he travels back to his familiar territory Mufulira.

Bornwell Mwape is set to play against Mufulira Blackpool in week 20 at Nkana stadium. “Sate Sate” Ronald Kampamba is another transfer waiting for international clearance and will soon play in his former position at Nkana.

Charles Mweemba goalkeeper has been loaned to Lumwana Radiants together with Hosea Silwimba the midfielder.

He is transferred from Power Dynamos on a loan basis. Earlier Lawrent made a permanent move from Forest to the Kitwe giant Power Dynamos.

In conclusion Forest Rangers have acquired the services of Rodrick Chingandu the young brother to the sensational John Chingandu of Zesco United.