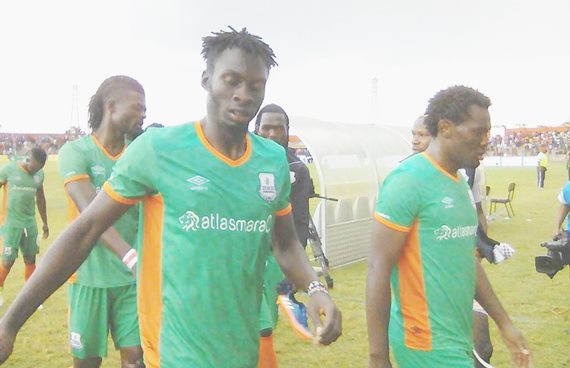 
Striker Jesse Were’s 66th minute goal was enough for Zesco United to condemn Nkana to their second defeat in a row at Nkana Stadium in the Week 5 match of the FAZ Super League on Sunday. Last year during the 2017 super league match Zesco had similarly put down Nkana on its knees by 2-0.

Meanwhile, Nkana will host Buildcon FC at home this Wednesday in the rescheduled Week 2 match.

Were put United in front on 66th minute to make 1-0 and enable Zega extend dominance over the Wusakile side .

This was Zesco’s 5th win over Beston Chambeshi’s side in their last 11 meetings in Wusakile.

The Tenant Chembo tutored side move in to 7th position on 7 points from 3 matches played with 2 games in hand.

Sunday’s defeat has relegated Kalampa to 10th position with 6 points after playing 4 matches.

Zesco travel to Lusaka on Wednesday to take on Lusaka Dynamos in the rescheduled Week 1 fixture.