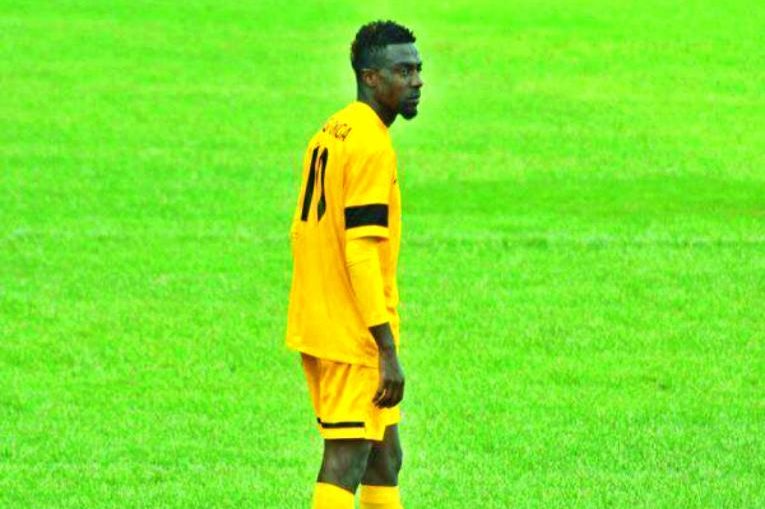 Is Alex Ng’onga Bazo’s move going to merit Nkana? Ng’onga in an unforgettable 2021 league season, the defending champions are pinching their skin in efforts to wake up from a relegation nightmare and there is some gleam of hope.

Pictures of Alex Ng’onga waving his hand above his head clad in Nkana regalia graced social media platforms this morning confirming the veteran’s switch from power Dynmoes to their blood rivals Nkana on a rescue mission but what does Bazo bring to Wusakile?

The embattled league holders have the fangs of death on their neck as they lie 13 th on the league table with barely ten games to go and as desperate times call for desperate measures, its Bazo who steps foward for rescue.

The signing of the former Zambian international looks like a miss at first sight but Nkana needs nothing but the Bazo factor in their attacking third.

While Nkana has quick-witted and flamboyant legs in Ackim Mumba and Diamond Chikwekwe, the holders have struggled to poke holes in defences because they lack some physical presence at the cutting edge of their attacks and that’s exactly what Bazo brings. His ability to hold and shield the ball will be a spicy addition that will open pockets of running space for twinkling feet of Mumba and Chikwekwe into the box.

Bazo might not be an epic finisher but he brings with him some touches of chaos which are ever hard to deal with in the box and this is what Nkana has never had since the departure of Idriss Mbombo . His pulling power and arrogance in front Tshimenga and Lewa might just change the complexion of the affairs in kitwe.

The stakes are high, the Bazo factor is here and a bolt out of the blue, this might just weather the storm.