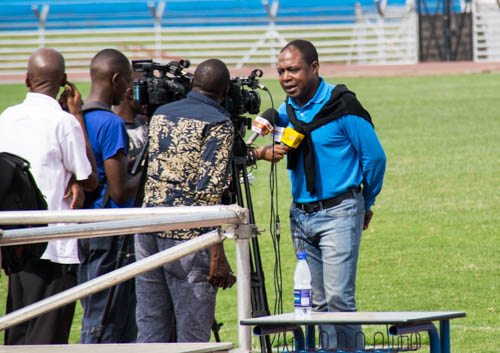 The estimated reading time for this post is 175 seconds


A lot of Zambian people have been left surprised on how their much loved soccer icon and administrator, “Kalu” Kalusha Bwalya failed to win for the third time as Football Association of Zambia president.

In football their is a saying alluding to sceneries where anything and everything is possible. It doesn’t matter how good and strong your team may be, pride can always cost you a match day.

In Kalu`s mind (an accolade of football trophies), he thought his rival and challenger, Andrew Kamanga (the excelling business man with little whereabouts of his football history) was still sleeping and incapable of replacing him as FAZ President. Similarly a lot of Kalu lovers thought the same as well as most Zambians as is evident from the socialites interaction on twitter posts and Facebook engagement on the elective subject.

Going forward complacence filled Kalusha Bwalya’s camp such that he himself could not allow to waste much effort to campaign. His stature and iconic football record was doing the campaign while in the councillors minds it was his presence that was much desired. He blindly followed and thought his camp had individuals who were capable of running the affairs of football in the country. During campaigns, you could see how confident the camp (Kalu`s) was and individuals like Happy Munkondya, Lee Kawanu, Jeff Chipilingu, Lenny Nkhuwa and Pivot Simwanza become more untouchable and intimidation filled that camp such that councillors who who matter at the vote would not be heard raising any voice against them.

To add more salt on the wound, in the final hours of the Elective at Moba Hotel in Kitwe, in an appointed meeting, during the presentation of financial statements, Kalusha Bwalya  expressed anger toward the councillors who raised the item that the referees allowances were not reflecting in the statements and that FAZ should include these items.

The Football Association of Zambia promised at the reconvened Annual General Meeting in October 2015 that Division One, Two and Three clubs will not pay referees allowances starting from 2016 season. Considering Kalu`s reaction, councillors thought this could have been the campaign gimmick that he used to try and remain in the leadership position.

It was from there that the wind of change could have gained momentum to try Andrew Kamanga as the FA President.The former exco members are the most surprised. This group never thought they could acquire such numbers of votes.

Now that Andrew Kamanga has finally got what he wanted most, the Zambian people and the football are anxiously waiting for the new FA leader to implement what he advocated to do once he became president of the Zambia Football Association.