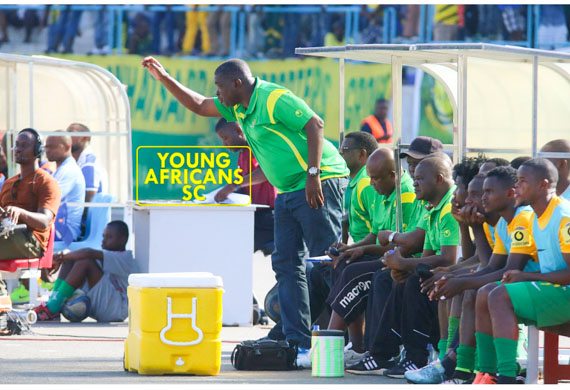 Who will fill up in George Lwandamina’s stead? The departure of “Chicken” George Lwandamina at Zesco has left a gap in the Head Coach section. Lwandamina had seen the United advance to the semi-finals of the 2016 CAF Champions league.

And only the previous season Zesco where the champions of the FAZ super league for the 5th time. It was the second time that a super league trophy was added to Lwandamina’s résumé since holding the office at Zesco beginning 2014.

At the close of the 2016 season Lwandamina expressed his interest to move to the Tanzania Premier League side with Young Africans S.C

With the current revelation to fill up the vacancy, Zesco appears to generate high ambitions with Head Coach listing requiring a UEFA Pro. This means that Zesco is widening and looking at possibly a European Coach.

The option of Chembo Tenant, a long serving assistant at the club, to take over the office may be sidelined as he may not meet the experience gamut required.

The local market is not fully saturated with the UEFA A or B qualification. However Honor Janza strikes with a pro-light with the sporting certificates but he is disadvantaged with the 5 years experience in Head Coaching.

Zesco United will need to look to a coach that yields results. They play a kind of football that is goal-result-oriented and lacks that entertaining flavour. A new Head Coach must deliver those whims.

Clatous Chama delivered fruitful moments in the CAF league campaign with crucial goals that pushed Zesco United to the frontier of the semis. His wit was equally courageous in the super league season. His departure too must torment the United and seek to replace a similar flavour.

Idriss Mbombo’s contract expired at the end of the season and has to return to Kabwe Warriors. It’s more likely he will not head that direction looking at the lucrative offer from Lusaka Dynamos who were just relegated to Division one and hoping to bounce back.

Misheck Chaila and Justine Zulu have been called up to Yanga (Young Africans S.C) and have followed up on the former boss George Lwandamina.

Equal Rumors are persistent of Jesse Jackson Were leaving. Jesse had enjoyed his time at Zesco United with free flowing goals he delivered during the season both in the CCL and FAZ super league.

Given these elements and of stripping the squad, the team will require a new head coach to regroup and sage forward. Will Zesco Opt for a foreign Head at the expense of Tenant Chengo warming the seat?

Tenant has seen Zesco mature and has been the backbone for its excellence in today’s football. It will sound unfair to pass him on this opportunity.