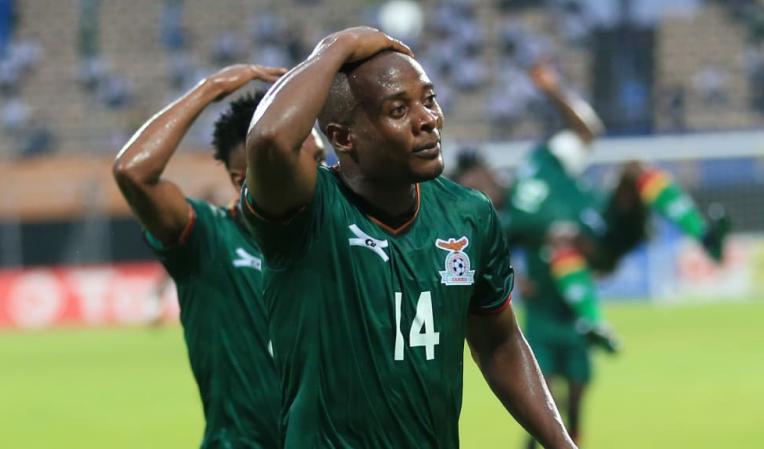 The 2021 edition of the CHAN tournament set rolling on a roar with a kaleidoscope of displays from some Zambian boys as the copper bullets put Tanzania to the sword in a 2-0 win in the group opener and the rush for Zambian players is already on.

After the previous CHAN tournament, Donashano Malama signed for Olympique Club Khouribga of Morrocco and that sent his rising career on the rocks. He went into immediate oblivion as the Club struggled to live up to the conditions of his contract while reducing him to a training partner. He prematurely ended his contract before he found some temporal squatting in South Africa.

Boyd Musonda was a boy inflated with such promise before during and after the 2017 under 20 world cup but once he signed for Cfaxien of Tunisia, he went to be packed on and off the bench and he has never been the same player again. He had gone three months without being paid before he terminated his contract.

Prior to going to the United Arab Emirates, Saith Sakala was a wonder and star of promise for the future of the National team. His combination with Fashion Sakala and Henry Banda at ZANACO was a spectacle of such scientific football of flair, purpose and the pernetration impetus of Gift Kampamba. He went to the United Arab Emirates and no one heard about him again. No one goes there and still plays for the National team.

Mwape Musonda was on fire playing for Black Leopards in South Africa just a season ago and with grace and command, he began to make his mark in National colours before he moved to Hatta club in the United Arab Emirates. What followed is a tale that needs no audience. He is gone, forgotten and finished.

Ziyo Tembo was at his prime best before he was misguided that he should follow money in Saudi Arabia. He was captain of the ZAMBIA that beat Algeria home and away in the previous world cup qualifiers and his place as center back at National team looked sealed. Well, he went to Saudi Arabia and six months later, he was back at ZANACO as a nonentity. He has no money.

Collins Sikombe as expected was in sublime form against Tanzania. He ran and bossed the Zambian attacking third with some demon-speed and cunning approbation scoring one and providing one in a match he scored 8.0 on the official tournament rating. The Lusaka Dynamos ace has been on the radddar of many teams from North Africa, South Africa and having thrown in that descent display two clubs from the UAE have expressed interest. He must be told the truth about the decision he will be tempted to make.

On the Zambian rear left was Zachariah Chilongoshi and the boy was inches from making the team of the week as he scored 7.9 on the official ranking. He was a diesel engine on and off the ball. The power dynamoes Zambian wing back bossed his line with some sweet, swift and devastating runs and he was unlucky not to score in the opening half when his 20 meters thunerbolt grazed the frame of the upright onto the side of the net. Before the tournament he was reported to be monitored by a top Egyptian side and Altihad of Libya. More clubs are likely to join the race for his signature but he must remember he is currently a regular on that rear flank for Chipolopolo main team and some offers are not worth taking.

Emmanuel Cherry Chabula has been under the Sundowns surveillance and news from SouthAfrica is that Sundowns and three other South African clubs as well as Young Africans are preparing to launch an official chase for his signature but he must be told o the torture Zambian players are currently going through in South Africa.

As the tournament progresses more Zambian teams are likely to attract interest from different teams but the boys need to be properly guided and aware of the following pitfalls .

No matter the temptation, Zambian players must avid going to North Africa, United Arab Emirates and to a great scrutinised extent : South Africa.