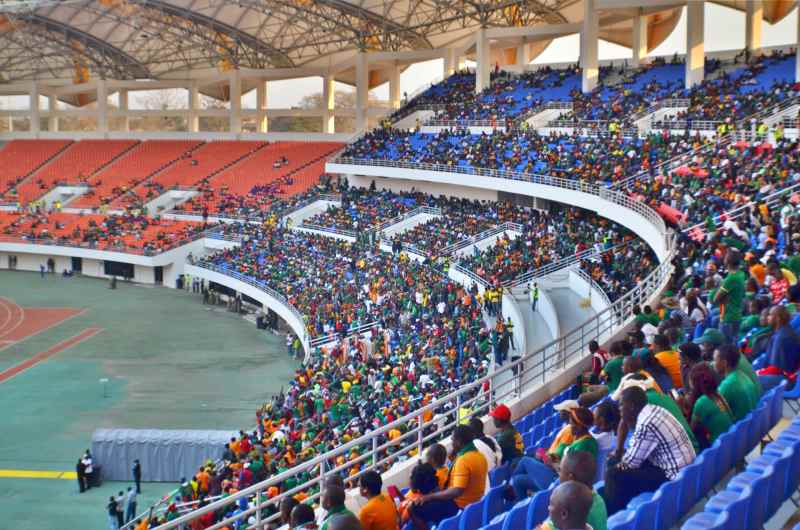 The estimated reading time for this post is 134 seconds

Not only because of coronavirus but fans must be allowed in the stadium to sustain the local sporting football. This is pertinent and very clear. To start with the demise of the Nakambala Football Club once a giant and immovable object in the Zambia Super league cannot be underestimated.

Zambian teams will not survive if Fans are not allowed in the stadiums. A team like Kabwe Warriors makes an average of k100,000 from gate takings for every game played at home and the money goes a long way in meeting many logistics on match days.

The Zambia Super league annual champion receives K500,000. That’s an amount a team like Nkana makes from the fans in three matches at home.

Each Zambia Super league team receives only K300, 000 from Supersport but that’s an amount which cant help a team meet the demands for even five away games. Teams spend up to K70,000 on match day logistics, lodging, and transport.

Each team receives an addition of K200, 000 for participating in the league from MTN. This amount still doesn’t give life jackets for teams to survive without gate takings.

With covid -19 having eaten through the fabrics of the Zambian economy sending the kwacha into a recession, most teams depend on government-linked sponsorship and private companies whose economic immune systems are as well stressed.

If teams are not allowed to have fans into the stadia, the Zambian football soil will be fertile for match-fixing as teams and players might be tempted to peep outside the legal boxes for survival.

Match-fixing on its own is not only illegal but criminal and penal. Just last year, FIFA saved 18 current and former footballers across the globe with life bans for being involved in match-fixing.

Prominent among those banned for life is Kenyan defender George Owino Audi who received a 10-year ban and a fine of 13,000 euros.
That tainted the name Kenya and we now can’t talk about the Zambia Super league without mentioning Kenya.

Allow fans in the stadiums and save Zambian football.