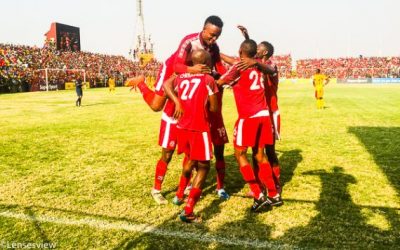 The respective twain teams were well-balanced in the opening minutes with both sides showing off superb game techniques. Though Nkana (Kalampa) had an edge with their buoyed confidence over the Magnificent Kabwe Warriors. But as the play progressed it was clear that Kalampa struggled against the visitors.

Notable at the front was Walter Bwalya (squad #10) who from much centred efforts beseemed in a hurry to stretch his goal-scoring tally and surely wasted the the greater number of the half chances which came his way. Kabwe Warriors, hence gathered up adequate confidence as the kick off was approaching the half hour mark. And the MTN FAZ super league leader Nkana was toiling to a closure of long balls and unmixed sets.

Nkana had a game on its hands but Mohammed Fathy is a great tactician and he seems to have induced the trademark Egyptian wing play in the Kabwe Warriors team by making amazing switches. Particularly impressive was the creative midfielder Godfrey Ngwenya (squad  #13); Natural left, acute and skilful to say the least, also a national team feature in the friendly against Zimbabwe.

Now, how and why Kalampa struggled so much for a fixture alerted with easy? We can start with Jacob Ngulube (squad #17). Jacob was slightly indisciplined with much forward charting. What really happened? Is the Chilata glory shaping the midfielder ahead of his time? A safe estimate of 80% of his time on the pitch was played in the final third and as the goal came to fruition  it wasn’t entirely a surprise that he scored. 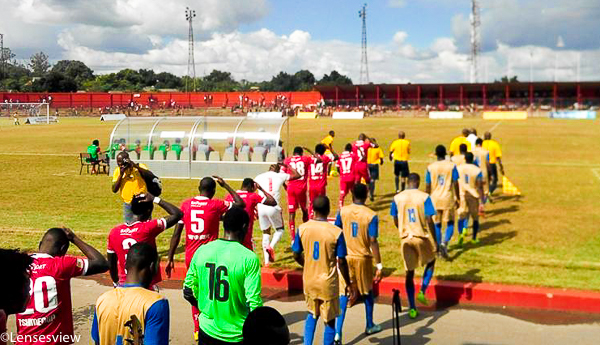 Jacobs role is to initiate attacks and provide linkage between the midfield and the final third. On the contrary, in this game, he assumed the role of Simon Bwalya (Squad #14) and in the process Simon knowledgeably would sink into midfield to fill up that gap that embraced into the Kalampa struggled time.

This lapse in discipline by Jacob is common in non-strikers in search for glory. If not checked, it would prove costly for the intelligent and promising young man. This is where coach Fred Mwila Snr was particularly good. An epsiode to remember is one match day at Arthur Davies stadium when he substituted Lucky Msiska simply because he was playing to the crowd regardless the impact he was making going forward.

Aggrey Chiyangi was to read quickly into the Jacob’s setbacks and immediately induce back the coaches game plan of Simon and Walter Bwalya into their forward positions as employed and this would have eased the Kalampa struggled time against the magnificent and those to come as the season progress to more tact, friction, injuries and endurance.