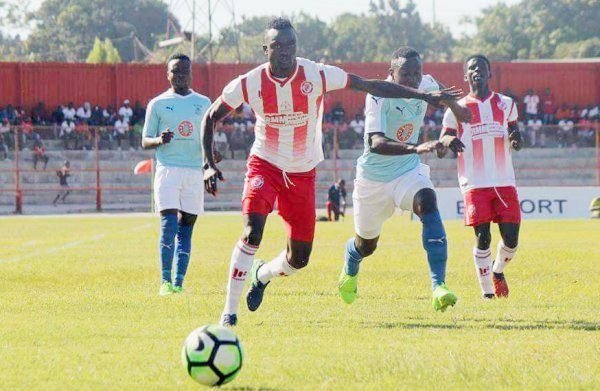 Nkana football club and Kabwe Warriors this Saturday 30th September renew their old rivalry when they clash in a Week 29 match of the FAZ Super League at “Ucar” Godfrey Chitalu Stadium in Kabwe.

Both teams are seeking to maintaining their winning formula after recording victories in their last matches. And as at now Warriors are coming from a 2-1 win at Nchanga on the same day Nkana thumped Real Nakonde 4-0 in Wusakile.

In the first leg match, Warriors held Kalampa to a 2-2 stalemate at Nkana Stadium after Simon Bwalya and Jacob Ngulube had put the home side in front. But soon Silon Jere pulled one back in 57th minute before Lameck Kafwaya scored the equaliser five minutes after the hour mark.

The record stand in front of  the Wusakile Boys who have only lost once to Kabwe Warriors in 13 previous meetings.