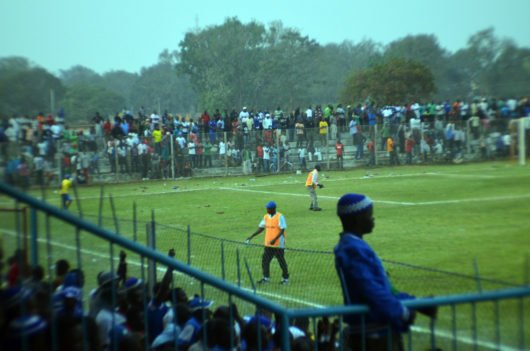 Will Power Dynamos halt Zanaco? The squad has been advancing and and quiet threatening with not only maintaining the superb beginning to the 2016 season.

Power will go with a game in hand into week 21. This is because there game for week 20 against Zesco United at Levy Mwanawasa was postponed and moved to a later date to be announced. Fazfootball.com on Tuesday reported the Zesco United announcement;

Zesco had just arrived from Cote d’Ivoire where they faced a draw with ASEC Mimosas in the CAF champions league. Furthermore, Zesco will also not play the week 21 MTN FAZ super league fixture against Red Arrows.

“…and also the team is preparing for the CAF champions league match against Al Ahly of Egypt.”

The postponement shifts the attention to Power vs Zanaco as one of the big games of the week. The superb Zanaco have taken shape of the league with 49 points in 20 played games. They have recorded 15 wins with a loss and the remaining are draws. Power Dynamos seek to halt Zanaco’s menace as they seek for a win.

Zanaco’s table profile is only closely matched by Nkana trailing at a 11 points difference. Nkana’s travel to Railway stadium is one of the nostalgic  highlights. Nkana last visited the Ucar stadium in a game that ended abandoned as Kabwe Warriors fans threw projectile missiles.

The recent events with Kabwe Warriors have shown how serious they take their home games and will look not to break the obtaining unbeaten run at home.

Another interesting fixture looks at the Derby in Mufulira town. The unfulfilled Mufulira Blackpool host Mufulira Wanderers. The squad is embarrassingly looking forward to have their first win in the super league.

Forest Rangers opened the week 21 fixtures with a stalemate against the visiting Napsa Stars. The game ended in draw as no one side failed to make a breakthrough.

Other interesting fixtures are in Southern province as the two representative  from the province face each other. Also Green Buffaloes will feel to be home despite been hosted by Lusaka Tigers. Tigers must win this game to stay comfortable in the super league