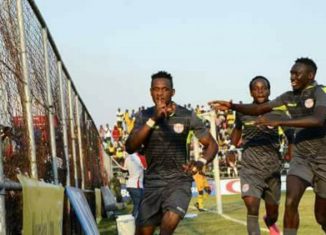 The latest is now their top scorer and most reliable striker, the prolific Congolese Chris Mugalu has also terminated his contract due to non- payments of salaries.

Mugalu has a wage bill of around $30, 000 per year has cited that the club has not been paying him his monthly dues hence the decision to ditch them.

Financial problems at the club surfaced in time when controversial player Fwayo Tembo disappeared demanding the club has no money to pay for his services. The player was suspended and put on forced leave for misconduct.

But now the truth has finally come out as evidenced by the exodus of players to greener pastures. The Lusaka based side is laying 10th with 51 points on the MTN super league and has gone five games without a win in the last five fixtures.