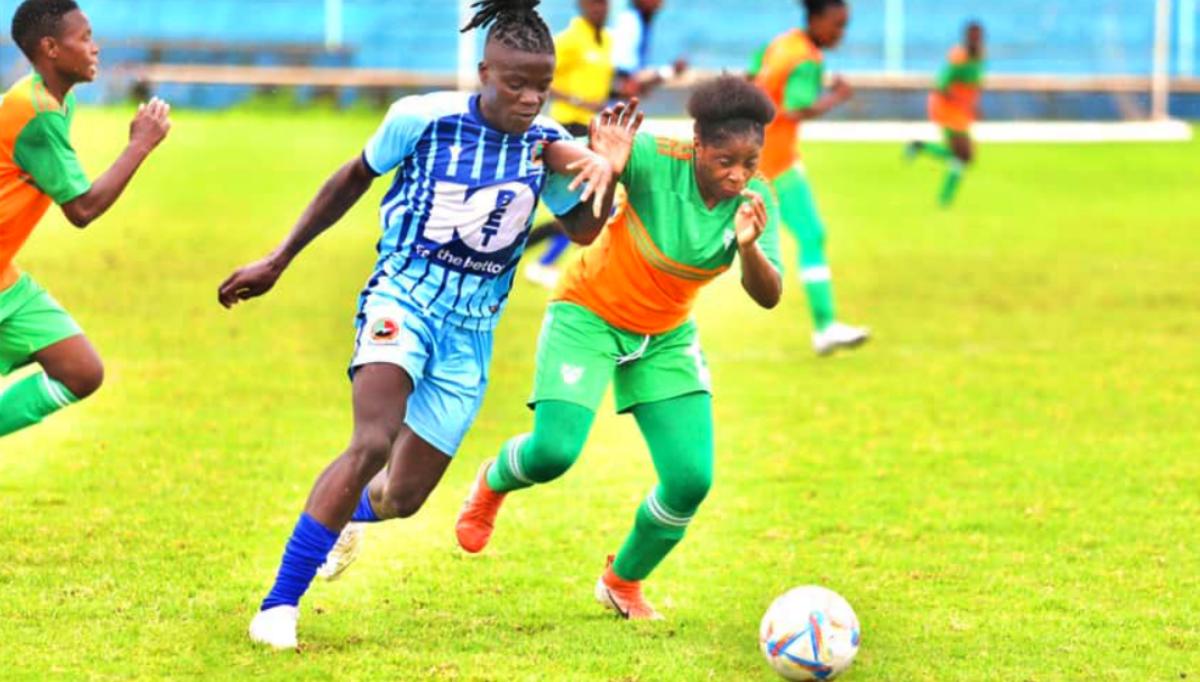 In the highly-anticipated match between Red Arrows and Green Eagles in the FAZ Women’s Super Division week 17, the Red Arrows emerged victorious with a score of 4-1.

The estimated reading time for this post is 137 seconds

In the highly-anticipated match between Red Arrows and Green Eagles in the FAZ Women’s Super Division week 17, the Red Arrows emerged victorious with a score of 4-1.

The Red Arrows dominated the match from the start, displaying impressive attacking play and solid defense. Ochumba Oseke Lubanji opened the scoring in the early minutes of the game, setting the tone for the rest of the match.

Prisca Chilufya then scored twice in quick succession, effectively putting the game out of reach for the Green Eagles. Despite the deficit, the Green Eagles continued to fight and managed to score a goal through Amira Njobvu, but it was too little too late as Mary Mambwe sealed the victory for the Red Arrows with a well-taken goal in the second half.

The result sees the Red Arrows strengthen their position in the league standings and put pressure on their rivals. The Green Eagles, on the other hand, will have to regroup and come up with a better performance in their next match. The FAZ Women’s Super Division continues.

The FAZ Women’s Super Division continues with its 17th week of fixtures, with several exciting matches set to take place. On Saturday 21st January 2023, at 10h00, Green Buffaloes will face off against ZANACO at Green Square Ground.

On Sunday 22nd January 2023, at 13h00, ZESCO Ndola Girls will play against Play It Forward Queens at Baluba School of Excellence, and the match will be live on ZNBC TV 3 on TopStar, Prison Leopards Queens will take on Nkwazi Queens at Training School Ground and at 14h00 Elite Ladies will play against Queens Sports Academy at Woodlands Stadium.

These matches promise to be exciting, as teams battle for a chance to move up the standings and solidify their position in the league. Fans can expect a high level of competition, as teams put in their best performances in order to come out on top.