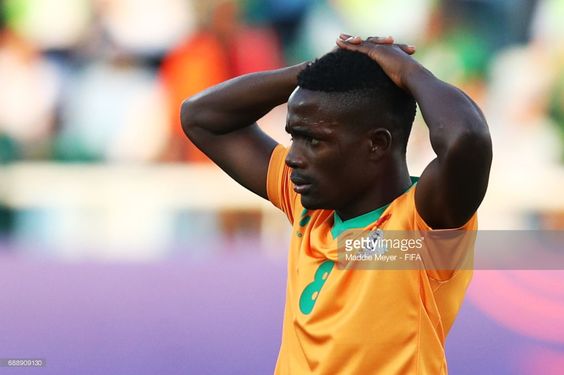 Zambia lose to Costa Rica for the first time at the Fifa Under 20 World Cup 2017 in Korea. It was Justine Daly’s lone goal that pushed the 1 scoreline and made the difference.

In the fifteenth minute Zambia conceded a penalty after Joseph Nyondo committed a foul. Justine Daly with a rebound tacked it into the far corner amid the past two defenders.  But this was after the initial effort from the spot was blocked by Mangani Banda.

A few waves of opportunity could not create a favorable resultant for the Chipolopolo juniors. And as the half time progressed both Enoch Mwepu and Prosper Chilufya had been booked with yellow cards.

Still the half time had closed in with Zambia having a better share of ball possession. Also several corners had been recorded pushed against the Costa Ricans. Pressure mounting resulted into Pablo Arboine tipping Patson Daka. This was just at the edge of the area and Zambia had a chance to equalise with a free kick.

A change on the Zambian side could not produce when Boyd Musonda comes off for Emmanuel Banda. Instead in the 65th Sunzu brought down Leal and Costa Rica was awarded a penalty.

Leal himself failed to convert and reached for the far post until Managani saved the rebound.

Toward the finish of the regulated time Patson Daka pushed in behind the net but soon the referee canceled out after video review assistants spotted the offside.

Still Zambia emerged top of the Group C with 6 points and Portugal second with 4 points after beating Iran 2-1. Zambia and Portugal will go on to play in the next round of 16