The estimated reading time for this post is 175 seconds

The weekend has moved into interesting insight with two games postponed among a series that has sided FA responsibility digested more to International Match days than the local league. The Saturday interval saw woes for Nkana, a progression for Lusaka Dynamos, Forest Rangers with a stand still of Power Dynamos and a feared-heading down Nchanga Rangers.

Forest Rangers moved into second position on the MTN FAZ Super League standings following a 2 – 1 victory over Green Eagles on Saturday thanks to goals by Laurent Muma and Fred Tshimenga.

Kabamba Chilibwe scored the consolation goal for the visitors.

Since losing 3 – 1 to Red Arrows on May 16 the Ndola – based outfit has registered five successive wins from matches against Konkola Blades, Nkwazi, National Assembly, Zesco United and Green Eagles.

Power Dynamos stayed in third position as they came from a goal down to play out a 1 – 1 draw with Nchanga Rangers. Spencer Ngalande had given the visitors the lead on 44 minutes only for Kelvin Mubanga to equalise for the hosts seconds before the halftime whistle.

Power held on to defend than lose at home

The result meant that Power Dynamos moved to 21 points separated on goal difference from Lusaka Dynamos, Nkwazi and Mufulira Wanderers.

At Sunset Stadium, Lusaka Dynamos were on the back foot for much of the game but they managed to conjure a 2 -0 victory over city rivals National Assembly thanks to goals by Conlyde Luchanga and Collins Sikombe. 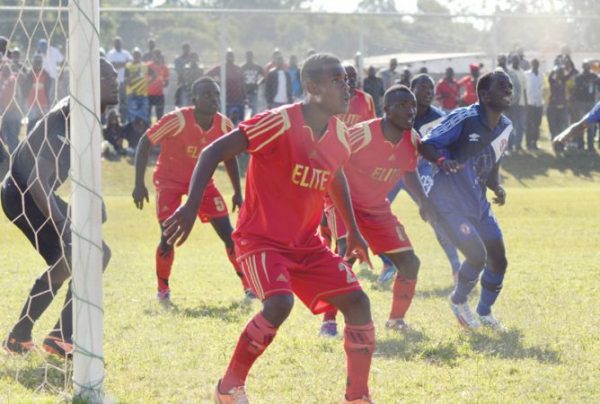 Luchanga’s goal from the penalty spot in the 48th minute was the 17 year old striker’s fourth goal in four successive matches for his team. Since opening his account against Nkana on May 23, the young forward has found the back of the net against Konkola Blades, Nkwazi as well as Red Arrows making him one of the most on form strikers in the league along with Zanaco’s Moses Phiri, Zesco United’s Jackson Mwanza, Jimmy Ndhlovu of Power Dynamos and Fred Tshimenga of Forest Rangers.

A Weekend of Woes for Nkana Football Club 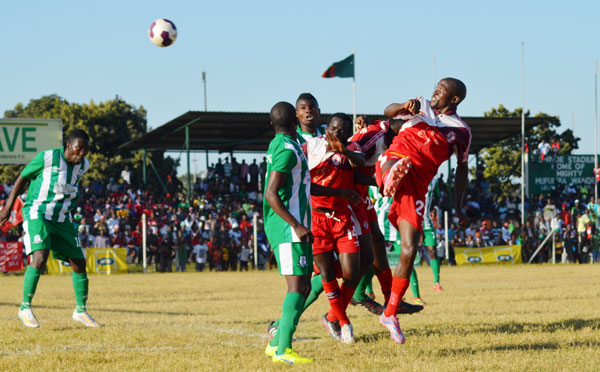 At Shinde Stadium, in the old Copperbelt derby…

….it was Mufulira Wanderers who collected maximum points when they overcame Nkana via a 2 – 0 victory with goals from Warren Kunda and Brian Ambungeni.

The result was good response for Manfred Chabinga’s men who were humiliated 3 – 0 by Nchanga Rangers last Sunday.

Nkana on the other hand are on a three match winless streak since their 2 – 0 victory over Green Buffaloes at the end of May. They have 17 points.

League action continues on Sunday with a double header at Woodlands Stadium.

The early kick off will be the match between Napsa Stars and Konkola Blades while Green Buffaloes host Nkwazi in the second match. This is adrift the postponed games for Zanaco and Zesco