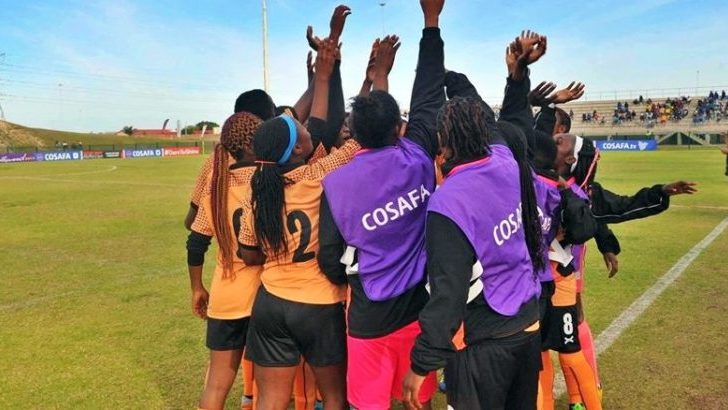 The impressive copper queens outrun the Zebras in all departments of play that all ended but barren. Zambia took on the Tswanas in the 2019 COSAFA Women’s Championship matchday 2 that determined who gets to the next stage of the tournament.

THIS IS WHY THE COPPER QUEENS HAD TO DRAW

We won’t call it much fixing but the entire panorama was staged and planned. Zambia didn’t want to beat Botswana and this is why.

To begin with, both Botswana and Zambia needed a draw to excel to the semi-finals. A win for Zambia would have meant Botswana goes home while Zambia proceeds to meet a more difficult and hungrier opponent than Botswana.

It was thus wise and prudent for Zambia to keep Botswana in the tournament by playing a draw because kicking them out would have meant meeting Malawi in the semi-finals.

That would have been digging an own grave for Zambia. Malawi just beat Comoros 13-0 in their previous match and that was a thunderous scream about their quality. Drawing with Botswana which is a weaker team for Zambia would mean Zambia will face Botswana again in the semi-final instead of Malawi and that’s what the girls just did.

The game plan to draw and keep Botswana in the tournament was clear when Zambia was denied a clear penalty and no one protested against the hard done decision. The Zambian girls actually looked relaxed and happy with the reversed penalty.

Nachula was given a penalty in the dying minutes of the match and after the postmortem given above, we can make conclusive dashes on why she kicked the ball that badly.

Again we could clearly see from the possessive play that lacked penetrative impetus that Mwakapila was deliberately left on the bench. Mwakapila is by far Zambia’s most lethal and creative midfielder. To reduce the chances of scoring, the coach left her on the bench and used a false number eight in all efforts to lessen the firepower upfront. Of course, it worked.

We can also clearly see from the post-match interview where the Zambian coach claimed that she only wanted her girls to keep knocking the ball and avoid injuries. The girls didn’t play to score and they needn’t.

When the final whistle blew, the bright smiles and hugs from both sides was enough testimony of how content both parties were with the scoreline.

It’s Zambia up against Botswana again on Thursday. It will be a different ball game as the two teams will battle for a place in the finals. Only the scoreline will testify if the match today was planned to end barren.

Zambia takes on Botswana on Thursday while Zimbabwe takes on South Africa in another semi-final match.