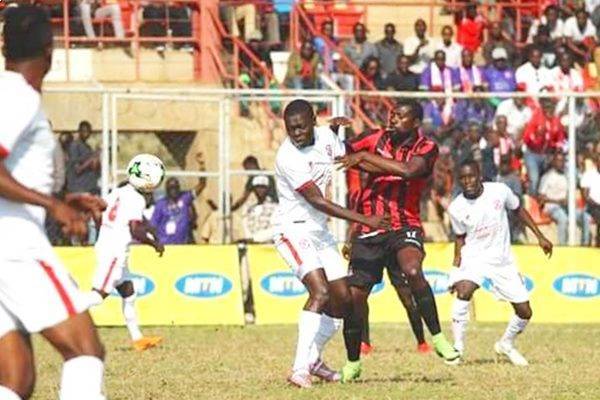 Drama in Lusaka when Zanaco get a real beating at their home turf while in Kabwe Forest Rangers ensure the host Warriors remained down with a three to nothing whipping.

Midfielder Harrison Chisala opened the scoring while Festus Mbewe, Walter Bwalya and Idris Ilunga Mbombo scored a goal each as Kalampa thumped Sensational Zanaco 4-2 in an exciting Week 26 match of the MTN-FAZ Super Division played at Sunset Stadium on Saturday in Lusaka .

And Saturday’s win saw Kalampa end a 3-year winless league streak against the Bankers in Lusaka since 2014 when they won 2-1 .

Chisala had put Nkana in front on 21st minute set up by creative midfielder Jacob Ngulube but Musonda hit back with a powerful shot inside 18-yard area on 27th minute .

But Nkana reclaimed the lead again before half-time through inform striker Mbewe when he scored from a close range and extended his goal tally to 3 this season .

In the Second stanza , Zanaco restored parity for the second time through Rodgers Kola in 47th minute and brightened hopes of forcing a draw only for Walter to put nkana ahead for the third time on 58th minute assisted by forward Mbewe .

Mbombo wrapped up the scoring on 79th minute when he scored from a spot kick after Boyd Musonda handled the ball in the box .

Nkana jump into 3rd position after win on 45 points from 25 matches but could drop to 4th place should Power Dynamos beat Red Arrows on Sunday at Nkoloma Stadium .

Meanwhile , Zanaco drop to 6th position with 44 points after playing 26 matches. The Bankers have now lost 4 of their 6 previous league matches.

Nkana’s next match is against Napsa Stars in Wusakile while Zanaco face leaders Zesco United in Ndola.

At Godfrey Chitalu stadium host Warriors had an embarrassing full time score board. Laurent Muma, Kola and Webster Muzaza where on target to to deliver a 3-0 result.