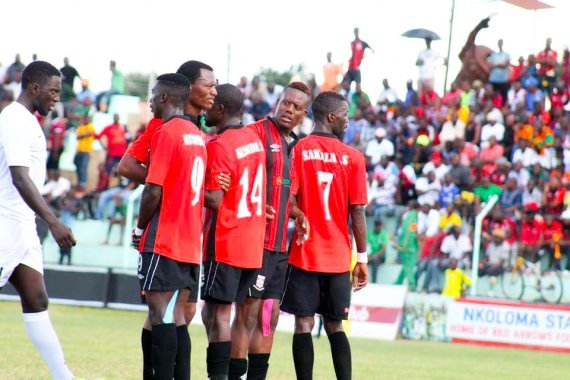 Will Zanaco draw attention to the fact that APR FC performance in the Caf champions league has not progressed beyond third round but averages in the first round.
Zanaco football club has traveled to Rwanda for the second leg in the preliminary of the Caf Champions Cup. The first round was played at Nkoloma in Lusaka Zambia where Zanaco puffed to a 0-0 squandering an opportunity of the home advantage. A surprising result as APR FC was not expected for a showdown.
Armée Patriotique Rwandaise Football Club, commonly known as simply A.P.R., is a football club from Kigali in Rwanda. Zanaco will have a good feel and under pressure at the Amahoro Stadium in Kigali.
This is where APR FC has shown dominance for the Rwandese premier league with 16 champion trophies from the time the club was founded in 1993.
Numamba’s men are hopeful for a win to progress to the group stage else they are completely out of the 2017 CAF Champions league.