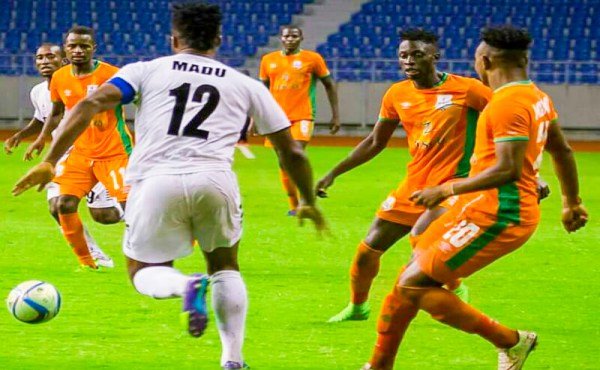 In an epic flow of goals Zesco United slashed through confused Enugu Rangers by 3 – 0. This was in the second leg match played Saturday at Levy Mwanawasa stadium in Ndola on 15th April 2017.

Zesco excelled Enugu to advance to the CAF confederation group stage as they made it 5 – 2 on goal aggregate. Just 6 days earlier they drew 2 – 2 with the Rangers at their backyard.

In a brilliant display of skill it was the stunning John Chin’gandu’s brace and a late goal from Jesse Jackson Were that crunched the visitors. From the onset Zesco showed prowess against the Rangers and this culminated into the slashing victory.

Perhaps, Enugu had woes piling up to this match. They were relegated to caf confederation after Zamalek pushed them out of the CAF Champions. Then in Nigeria’s encounter there was home holdup with Zesco United in the first leg of the Caf Confederation qualification to the group stage.

As a result the head coach was sucked and Enugu had to do with the assistant. Plus the late arrival pushing the game from 15:00pm  to 17:30pm as kickoff.