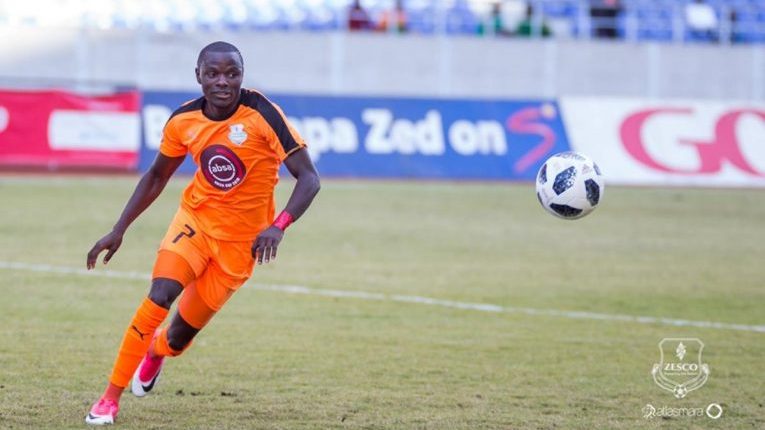 The Wickedness In Kambole Right Foot helped Zesco Thump Zanaco…why everyone is talking.

There is plenty of substance in Kambole’s legs to support his top billing for a place in the South African league’s hall of fame and a stellar display in the 2019 ABSA cup final against ZANACO spoke volumes of how wicked his right foot can be: shire quality.

It was an epic Rendezvous for the Kaizer chiefs bound attacker as he put up a screaming man of the match display in the 2019 ABSA cup final played in Ndola. His ferocious thunderbolt strike must send cold chills down the spines of many defenders in the PSL.

Zesco United thumped ZANACO 4-1 in a one-sided final to lift the inaugural ABSA cup but that screaming twenty yards blinder from Lazarous Kambole’s was the climax of everything that fell in between. With the farewell mode activated, his holding, passing, and movements on and off the ball were sublime.

Zesco United was 3-1 up when Kambole dashed off a moment of magic. He controlled a pinpoint pass from Chinga’ndu before he wrapped his right lases round the ball with venomous expertise. In a signature display, he applied some vicious weight behind the ball that left his foot stinking blood, The ball wickedly raked the roof of the net leaving the goalkeeper rooted and everyone in the stands on the edge of their seats.

That is the danger Kambole poses as he flies to hunt in South Africa. The handsome savage is a rare concoction of pace, intelligence, and vision. By and large, the South African league is swift and those are the waters Kambole loves to swim in. He never stops running in his search for loose balls. He keeps hunting for those pockets of space which are rare to see in the Zambian league but he finds them and sneaks in for the damage.

The South African league, on the contrary, is full of spaces and Kambole will be a menace if he ever plays in such a league.