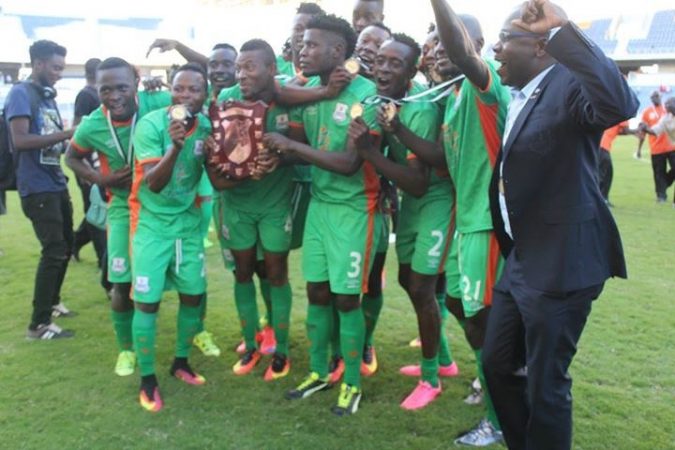 John Chingandu’s brace separated the two teams bringing dismay to Zeddy Saileti’s men. The first half saw a brilliant save by Kelvin Malunga from a formative Zesco United. Jacob Banda had it easy with no threat from Nkana forward.

At the drop of half time both teams feared into nil and nil situation though Zesco United commanded an upper hand. Nkana’s Defence from Aaron Katebe, Joseph Musonda and Aubrey Chamulwanda each fambled into Zesco’s forward confidence.

Zesco confidently held the midfield as Akumu was re-enforced by David Owino and Kondwani Mtonga.

Breaking the deadlock hardly a minute into second half Mbombo made a clear move as  Aaron Katebe gambled. Donashano’s rescue proved unfruitful as Mbombo quickly passed the ball to John for a brilliant shocker of a kick.

Reckoning at the 69th minute making it Into a brace John Chingandu delivered another cracker that was no much for Kelvin Kalunga. The second delivery sent a shocker and dismay as anyone saw it coming.

17 minutes to Nkana withdraw Fred Tshimenga for Austin Muwowo. But the 10 man Nkana will needed something special here to overturn the 2 nil result.

Donashano Malama forceful clash into Ben Adama Bah forced the referee to raise the red card. Nkana fans momentarily halted the play as objects where thrown into near side field of play.